There are a lot of these lists, so let’s separate this one out a bit by excluding sheer fashion moments or times the actresses just look fabulous. Here are only complete outfits that reflect something inside the character and truly highlight the dramatic moment. Some of these are icons, some aren’t. But they are all perfect for the scene in which they appear. 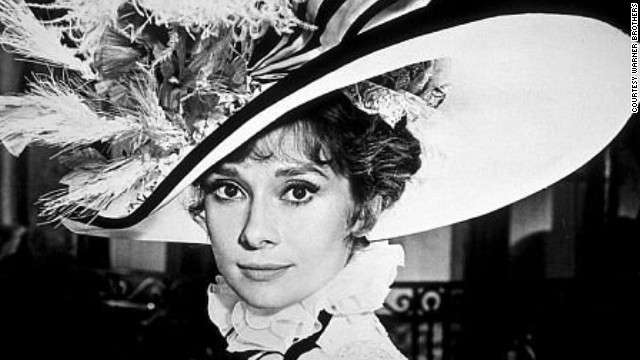 OK, yes, this is a fashion moment and she looks fabulous, but this sheath of froth (done up in exactly the same style as the other dresses at the Ascot race track) is not only delicate but fragile. Eliza is pretending to be something she’s not, and the black-and-white couture enhances how easily she fails. She looks and has an accent like a proper lady, but she opens her mouth to her downfall, talking of murder and telling the racehorse to move its bloody ass. 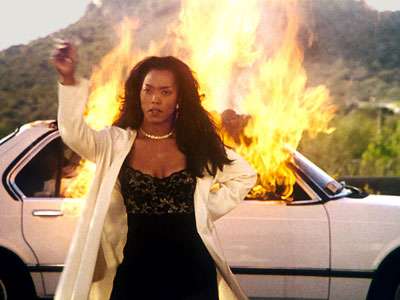 9. Angela Bassett and the Camisole of Fury, Waiting to Exhale (1995)

The white-and-black outfit here ties her to the burning car while a faithful wife expresses her displeasure at her husband’s treatment. The contrast is all opposites. She’s sexy and powerful, and her heart is broken. She takes no shit, and her innocence has been lost. She’s truly upper crust, but he can seriously go screw himself. 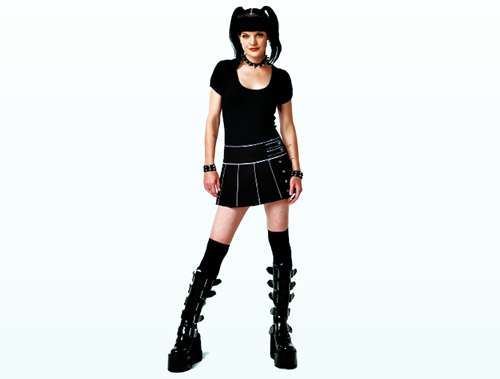 Fighting the battle against the stereotypes that smart women have to be prim or just plain ugly and that not dressing like a lady will turn people off, Abby helps get the bad guys in clothes she actually wants to wear and is the darling of the team. You go, girl! 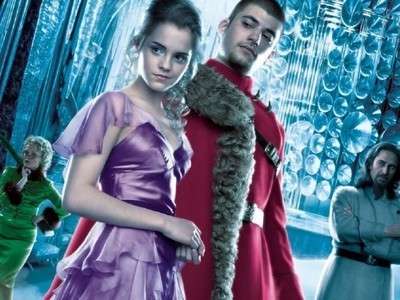 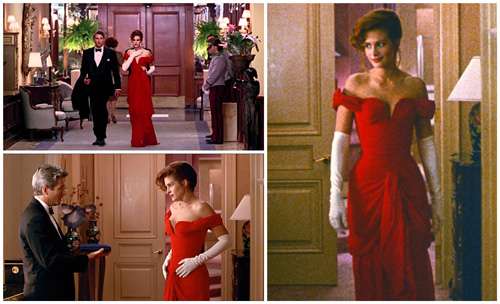 The transformation from hooker to lady is complete (or is it?) with this stunning, modest, and yet bright red dress worn to an opera about a prostitute who falls in love with a wealthy man. (Subtle.) To complete the outfit, instead of glass slippers, Prince Charming with a gold card offers up a ruby necklace (which later spurs him to find her when the ball is done). 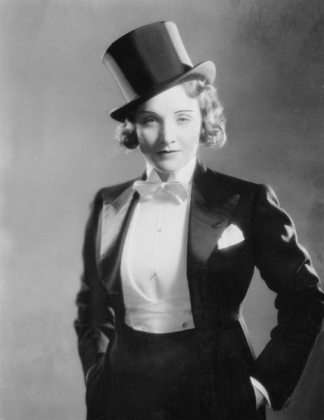 This risqué, gender-bending cabaret “costume” lets us know immediately that all is not what it seems. No, the character isn’t gay (despite a woman-on-woman kiss done for shock value), but she’s not going to toe the sexual line, and she’s definitely going to go after what she wants no matter what the world thinks. 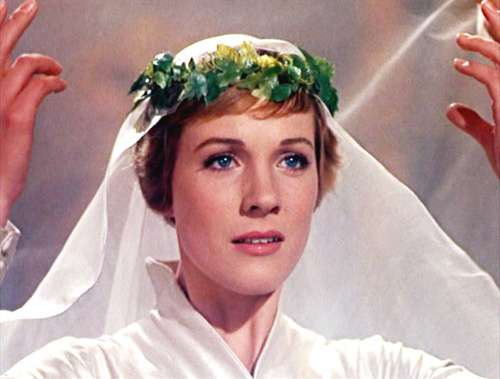 After dressing in some pretty awful clothes (“The poor didn’t want this one.”), Maria is finally both marrying the man she loves and embracing a major elevation of her tax bracket. The wedding dress (doubtlessly sewed by nuns and singing creatures of the forest) is adorned with flowers instead of jewels. It manages to look expensive and simple, modest and body-flattering, virginal and OMG, did you see that veil?

The approach here seems straight-forward, but Hitchcock’s got a twist. Kelly is in love with Jimmy Stewart, so she dresses up nicely for him and shows off how lovely she is. But Stewart objects to marrying her precisely because she’s so fancy and high-class. 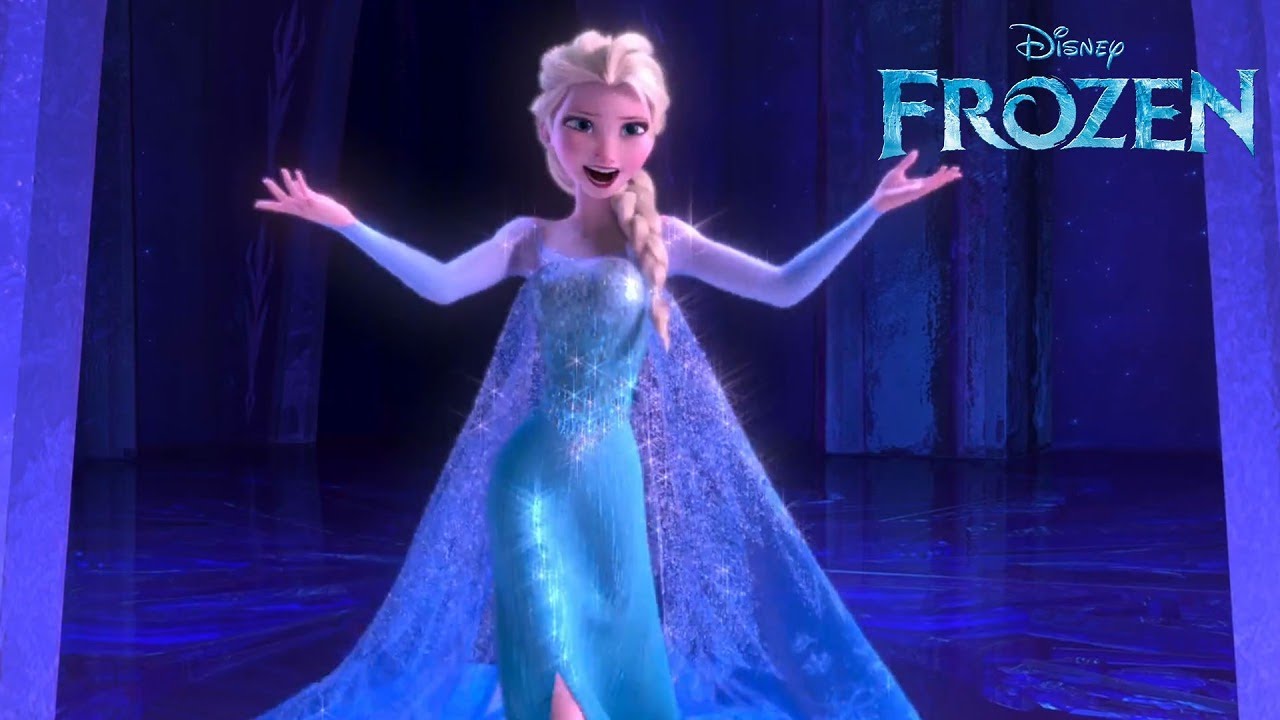 Having finally had enough of hiding herself and her abilities, Elsa dresses don’t-mess-with-me style in hip-swaying, slit-leg womanhood and icy cape of power. (I love that some parents actually protested that the look was too sexual for their kids to look at. My goodness! She’s showing almost an entire knee there. Talk about needing to let something go.)

I’d love to have some big surprise at the end of this list, but how can I not acknowledge that this is the ultimate? A symbol of both womanhood and the South after the war, Scarlet presents herself in the finery of a great lady when, in fact, she’s wearing something she’s sewn herself from the last bit of wealth in her life: a set of velvet green curtains from her fallen plantation home’s front window. Will she pull it off? Or will the man she’s trying to impress see through the act? Maybe she should ask Eliza how well things will turn out.