7 Children’s Books that Could Hit the Big Screen

Bloggers love to talk about the books they have read that would make great movies, but then how many of us are truly unhappy with Hollywood’s version of our favorite reads? I compiled a list of great movie adaptations of books that you won’t see anywhere else … but already added the Hollywood twist that will leave a different taste in your mouth than the author intended. And did I mention these are all classic children’s books? Dream with me a little about the adaptations of these books into movies. 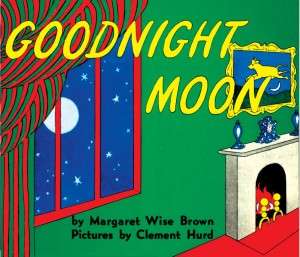 Goodnight Moon – If you have kids, you have read them this book. It is so popular, some hospitals send new parents home from the maternity ward with this book. And the crazy thing is, this book works! Who knew that saying good night to everything in your room – from the clocks to the pets – can actually have a drowsy effect? But think of the money Hollywood will make on this movie. People would pay for it and fall asleep before the end. They are too embarrassed to admit it so pay again to see the end of the movie! Just wait until it hits Redbox — those extra night fees will kill you. 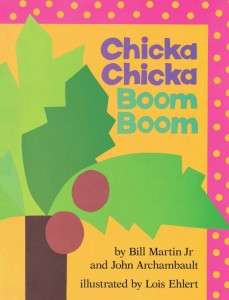 Chick Chicka Boom Boom – This book invites you to start tapping a beat and put the words to rhythm. No matter who makes the movie, I am thinking the movie soundtrack will be out of this world. It will lead to a new genre of music: the hip hop-kids-stadium anthem genre. Time outs at major sporting events will never be the same, culminating in the Super Bowl halftime show featuring Kanye West rapping through the Schoolhouse Rock collection. Can’t wait! 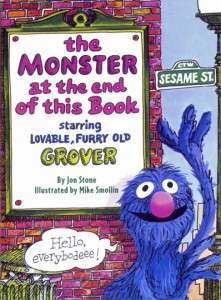 The Monster at the End of This Book – The first Hollywood movie to save the big scare all the way to the end of the movie. Unfortunately, the suspense and scare are too much for little kids and less adventuresome adults. But it leads to a resurgence of The Muppets and a remake of Where the Wild Things Are. 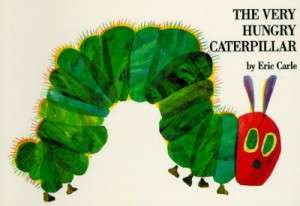 The Very Hungry Caterpillar – Very close to the previous horror movie entry is this disaster movie. That hungry caterpillar eats Tokyo and is moving toward the rest of the world. How can it be stopped? Only director Tim Burton could make this special movie in a way that is both scary and humorous at the same time. Plus, Hollywood loves the sequel. Stay tuned for Hungry Caterpillar 2: the Even Hungrier Butterfly. 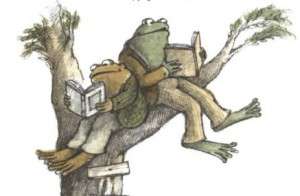 Frog and Toad – Moviegoers are drawn to this musical adaptation of the Frog and Toad series, plus film critics everywhere praise the film for its ingenious portrayal of the characters in a way that brilliantly addresses socio-cultural issues in today’s ethnically diverse melting pot milieu. In an unprecedented move, Frog and Toad end up sharing the Best Actor Oscar. 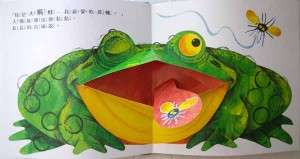 The Wide-Mouthed Frog (in 3-D) – Who knew that this beloved pop-up book would shine so prominently on the big screen in 3-D? Audiences are shocked to learn that the wide-mouthed frog was genetically altered through the introduction of alien DNA in a secret government location inside of Area 51. WMF himself uncovers the conspiracy as he seeks to discover his own hidden identity. Matt Damon co-stars as Jason Bourne, faithful sidekick to the wide-mouthed frog. 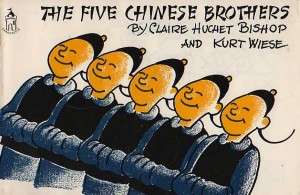 The Five Chinese Brothers – Let me begin by saying that I loved this book as a child. The movie could avoid any claims of stereotypes and focus on the cool superhuman things, such as swallowing huge amounts of water. Crazy! Who doesn’t want to swallow the ocean? This was a superhero book before there were cool superheroes. If this hits as big as it could, there will not only be Happy Meal toys, but bottled water moguls begging for the rights to include their faces on every bottle of water available. Talk about reaching new markets from superhero movies. They actually may make that Aquaman movie after all.