A Year of Books

Mark Zuckerberg had a busy year last year. On top of all his usual responsibilities, the Facebook founder and CEO became a father, read 23 books and lunched a Facebook community called “A Year of Books”, where he posted a new book (that he was currently reading) every two weeks. He encouraged others to read along and share their thoughts and comments.

Throughout the year he read and featured these 23 books:

#1 The End of Power: From Boardrooms to Battlefields and Churches to States, Why Being In Charge Isn’t What It Used to Be

#2 The Better Angels of Our Nature: Why Violence Has Declined

#3 Gang Leader for a Day: A Rogue Sociologist Takes to the Streets

#4 On Immunity: An Inoculation

#5 Creativity, Inc.: Overcoming the Unseen Forces That Stand in the Way of True Inspiration

#6 The Structure of Scientific Revolutions

#8 Dealing With China: An Insider Unmasks the New Economic Superpower

#10 The New Jim Crow: Mass Incarceration in the Age of Colorblindness

#12 Sapiens: A Brief History of Humankind

#15 Genome: The Autobiography of a Species in 23 Chapters

#16 The Varieties of Religious Experience: A Study in Human Nature

Portfolios of the Poor: How the World’s Poor Live on $2 a Day

#18 Why Nations Fail: The Origins of Power, Prosperity, and Poverty

by Daron Acemoğlu, James A. Robinson

#19 The Rational Optimist: How Prosperity Evolves

#21 The Idea Factory: Bell Labs and the Great Age of American Innovation 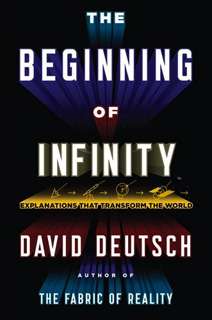 #23 The Beginning of Infinity

Zuckerberg came up with the idea as part of his New Years Resolution for 2015, and in the first post he announced that the purpose of the community would be to “emphasize learning about new cultures, beliefs, histories and technologies.”

The Facebook page also featured many live discussions and Q&As with the authors of the aforementioned books, such as Jon Gertner, author of The Idea Factory: Bell Labs and the Great Age of American Innovation; and Matt Ridley, author of The Rational Optimist, and many others.