Frank Lee Jackson Jr.’s book, Brothers Forever, is about love, trust, devotion, humanity, and respect of all races. The fact that the characters are all different races has no bearing at all to them. They will do anything for each other, even in a life or death matter, just as a very close blood family would do. It also examines the subject of who you are really related to. 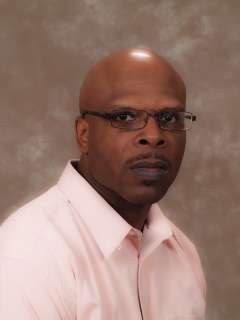 Currently finishing up the screenplay for Brothers Forever, Frank, a father of three, drove tractor trailers and was a supervisor for over twenty years to put his kids through college, though the passion to write was burning in him. While he would be on long driving trips to other states, he would talk into his micro recorder, and later put in on paper. But after all the years on the job, he had to stop working because of a serious spinal injury that required surgery.

Frank had problems dealing with the situation because of the loss of income until his wife, who was by his side and there helping him deal with the situation, whispered some inspiring words to him. She characterized the injury as a blessing in disguise, one he needed to take advantage of by dedicating himself to his writing and taking it seriously. So he did.

Frank describes his experience with Edit911: “Working with Edit911 was truly a learning experience for me. Upon completing the writing of my book, I knew I needed professional editing done to make my book as professional as possible for publishing. That’s when Edit911 entered the picture. I talked with several editing companies, and also sent in samples of my book to them to get an example of their editing work. For the most part, all of the others editing company’s samples were pretty good, but I chose Edit911 because their editing sample was more appealing. I informed them what I wanted done, and they covered it and then some. They even went the extra mile to let me know what else could be done to make it a better story for publishing, and they helped me get to where it is now, without outrageous extra fees. They cut over forty thousand unnecessary repetitive words. They also suggested I develop my characters better. They explained the reason for every suggestion, which really helped me better understand the process of writing a book. In a nutshell, they know what they’re doing and take pride in their work. I enjoyed working with them, and will work with them again.”

Frank is now proud to say that one of his children has graduated from college and two others are now attending college. He has completed his first book with more to come and also has a screenplay in the works. Frank believes it is never too late to pursue your dreams as long as you keep the faith.

He can also be emailed at FrankJ1243@aol.com.