Erich K. Ritter, PhD, is widely recognized as one of the world’s leading authorities on shark behavior.  His comprehensive study Shark-Human Interaction includes a thorough discussion of his ADORE-SANE concept that details how divers, swimmers, and snorkelers can greatly enhance their ability to safely interact with any shark species under a wide-variety of conditions. 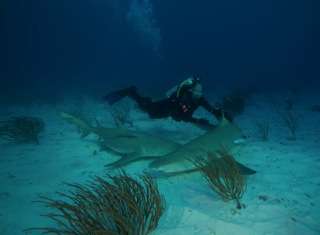 When Dr. Ritter approached Edit911 for our book editing services several years ago, we were honored and excited to accept him as a client. We had already edited some parts of his book in chapter form and as articles he later published in scholarly journals. Our task was to help him assemble his ideas into an organized structure and to assure that the transitions from paragraph to paragraph and chapter to chapter were smooth and effective. Working closely with Dr. Ritter, several of our science editors performed very close manuscript editing to help him realize his vision of a definitive, highly authoritative, eminently readable, and practical guide to the subject.

Dr. Ritter explains why he feels he needed editing and how Edit911 has assisted him: “I learned long time ago that no matter how the good scientific results are, they mean nothing during a reviewing process should the language not be satisfactory. Every non-native English speaker knows what kind of frustration comes along with it. Some of the remarks I have received on my papers in the past were often quite personal and once or twice even nasty. Often, I felt that the reviewer did not even try to see what the meaning of the paper was but concentrated solely on how the paper was written. In two cases, the reviewers knew me (since I was the only one working in this field), yet they still rejected my papers based on their style. One reviewer even added, “…since it is known that he is not a native English speaker….” 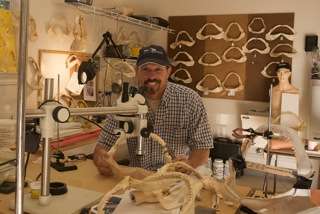 Dr. Ritter continues: “Not having grown up in an English speaking world is a constant handicap for most of us who must publish in peer-reviewed journals, and we often dread the beginning of another paper, knowing that no matter how long we sit in front of a paper and try our best to make it readable, someone else has to take over and correct it. Of course, there are often colleagues who are willing to help but even for native English speakers it can be a challenge, and although everything might stylistically be correct when done editing, the wording might still not feel right.”

“So I started to shop around for professional, scientific editing, and figured if they charge money for it I will get the results needed. But after testing a few, they were not worth the money. Then I found Edit911, and my papers finally made it through the reviewing process. What keeps impressing me the most with Edit911 is how they cut my writing down to fewer sentences, enhance the flow of the wording, and do so with impeccable scientific precision. I have since recommended Edit911’s editing services to others who face the same problem as I do.” 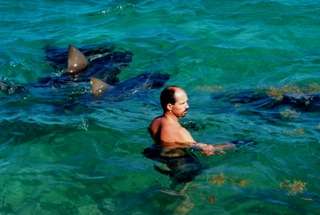 Dr. Ritter’s book is fascinating to read and extremely valuable for anyone who enters the oceans of the world—the sharks’ domain. We are proud of how his book turned out and extremely gratified that he entrusted his groundbreaking study to our book editing service.

Shark-Human Interaction, published by SharkSchool, is available from Amazon: http://amzn.to/UTPKaf

Dr. Ritter earned his Ph.D. from Zurich University in “Behavioral Ecology” as its only professional shark-human interaction specialist. He did his post-doc at the University of Miami’s Rosenschiel School. He has taught field courses for students, naturalists and divers in the Bahamas, Puerto Rico, Jamaica, the Maldives, Egypt, Mexico, Costa Rica, South Africa and Hawaii. He conducts his field research primarily in the Northern Abacos, Bahamas at the “Shark Education & Research Center” (SERC).

Dr. Ritter is also the head of the SharkSchool™, an organization that teaches divers, snorkelers, rescue swimmers and others how to interact with sharks, what to look for when entering the water, and most importantly how to feel safe among sharks. He functions as a case investigator of the Shark Research Institute’s GSAF (Global Shark Attack File). He is also the chairman of SAVN™, the Shark Accident Victim Network, and non-for-profit organization to help shark victims. He has given lectures worldwide and was guest on many different TV shows, including a quick appearance in the movie SharkWater.

Amin, R., Ritter, E. & L. Cossette (2012). An investigation of shark density and attack rates in California. Journal of Environment and Ecology, in press.

You can read even more about Dr. Ritter and his work at these links: