You know those kids from high school, the ones who couldn’t decide what they wanted to do with their lives and got full time jobs straight after graduation? They looked at you with a twinge of envy as you headed off to college while they loaded up on dress suits and sensible shoes. They were certain they’d be following after you in a couple of years; you were certain they’d spend the rest of their lives picking up the boss’s dry cleaning and making coffee for high-powered executives.

Now, however, you are beginning to doubt yourself. After four years of undergraduate life, a crummy part time job, and riding the bus everywhere, your friends’ lives are starting to look rather enviable. Their full time wages dwarf your measly graduate student earnings and their lifestyle clearly sits a few rungs higher up on the socioeconomic ladder than yours. Resist the urge to start comparing accomplishments because, at this point in your life, you won’t come out ahead.

Your friends in the outside world have been working for a few years now, and they have the consumer lifestyle to prove it. They drive around in the latest hipster-colored micro car while you are still riding the bus on a student pass. They dine out at restaurants with tablecloths and menus that change with the seasons, while you subsist on microwave dinners and cafeteria food. Their clothes reflect the latest fashions and they hang out at trendy bars sipping expensive cocktails. You live in jeans and khakis, topped with t-shirts bearing such witty slogans as “Come to the nerd side. We have pi.” 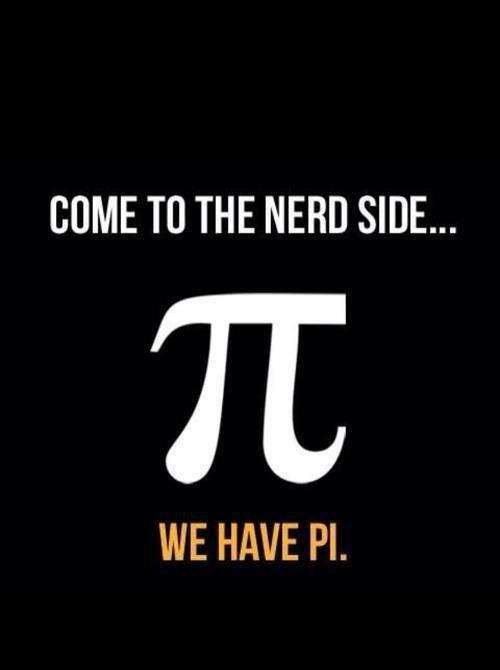 Your version of a night out on the town is Two Dollar Tuesdays at the student pub, where the antics of freshmen students reveling in their newfound freedom long ago ceased to be entertaining.

Your friends rent condos in the heart of the city, furnished with matching sofas and chairs, big screen TVs, and bathrooms all to themselves. You, on the other hand, are possibly still living with your parents, accepting home cooked meals and complementary laundry service in exchange for house rules that haven’t changed since you were 15 and frequent interrogations regarding your study habits and social life. Or perhaps you are sharing a shabby rental house with five other students who are equally cash-strapped and lacking in domestic skills, and with whom you compete for hot showers and space in the refrigerator.

Yes, compared to life as a graduate student, your working friends out there in the Real World seem to be doing very well. But trust me when I say that this is merely an illusion. What you need is a glimpse into the future to put things in perspective…

It’s twenty years from now and your friends are mostly married with children. The earnings that seemed like a windfall fresh out of high school aren’t so flush now that there are mortgages, health and life insurance premiums, and kids who need orthodontic work. Your friends long ago gave up their fancy bachelor pad rentals downtown and now live in cookie-cutter subdivisions way out in some far-flung suburb. They traded in their micro car for a minivan but they commute by public transit because it’s faster and less expensive. At work, they are still waiting for the fourteen guys ahead of them in seniority to either retire or die so they can move up the career ladder, but the most they can hope for is a lower management position because the upper ones are filled exclusively by those with—you guessed it—college degrees.

Oh, they didn’t plan it this way. But you see, you were smart: it’s easy to decide on a few more years of student poverty when that’s all you’ve known since graduating high school. But when it came time for your friends to consider going back to college, they were already living lifestyles that were hard to give up. The idea of going back to pizza nights and dormitory life was too difficult to endure, so they put it off and put if off and now most of them are just looking forward to retirement so they can finally do something interesting.

So hang in there, graduate students. The grass may seem greener on the Real World side of the fence right now, but in a few years you’ll see that you made the right choice. You’ll find that, since your friends were too immature to save any of that money they were earning while you were in college, in the end they didn’t come out ahead of you at all.

And while you now have an enjoyable and upwardly mobile career ahead of you, they are waking up to the realization that they inadvertently made a career out of a job that was supposed to be a holdover until they decided what to do with their lives. Try to keep that image in mind the next time you see one of your acquaintances looking all sharp and fashionable on their way to the newest club. You’ll have your revenge one day, I promise.