How to Ace Character Development in Your Novel?

Every good piece of fiction relies on a powerful protagonist. From Michael Corleone and Hamlet to Harry Potter and Frodo Baggins, there are plenty of memorable protagonists that have carved a special place for themselves in literature. And what’s the one thing that’s made them resonate? Their development. 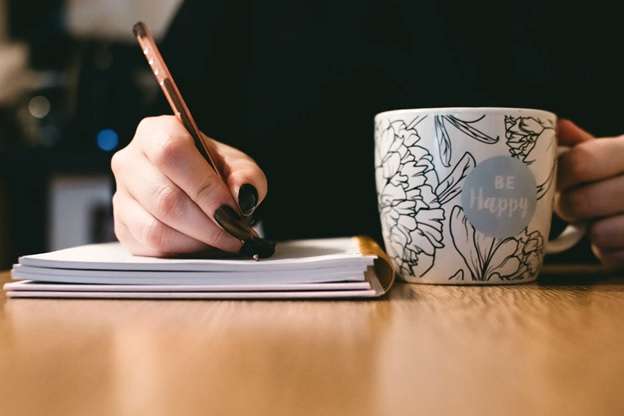 The Starting Point: Design an Arc

Almost everything in fiction is rooted in an arc. Whether you are sketching out a journey for your protagonist or a supporting character, choosing an arc is necessary for successful character development.

You could start with a dramatic incident here that causes a shift in your character’s life. For instance, Harry Potter was living a fairly mundane life until he got a letter from Hogwarts, followed by the arrival of Hagrid. Macbeth was a loyal Scottish general until he encountered the witches, who prophesized that he’d go on to become the King of Scotland. In both cases, these incidents set off a chain of events that transformed these characters and tested their limits.

Figure Out What the Character Wants and What They Need

Understanding your characters is necessary. This can be a prolonged process but we suggest focusing on what your character wants versus what they need. For example, Harry wanted to defeat Voldemort but what he really needed is a family and people to love.

Notice how his progress isn’t linear on these fronts. When we first meet him, he’s a kind, mild-mannered, and curious boy who is still trying to find his footing in the world. He doesn’t actively seek revenge. However, he also confronts Voldemort head-on when he’s challenged. Ultimately, he gives it all up and sacrifices himself for the people he loves. It’s his love for his friends and family that drives him. It’s also what saves him.

Create Obstacles for Your Character

As we’ve mentioned, a character’s development is never linear. This is reflective of real life too. Most of us experience growth and setbacks in spurts. We never have it all figured out, and fictional characters are no different. Creating obstacles is a good way to aid a character’s personal growth here. You can develop a character by having them face a variety of obstacles that help them get to the place where they finally know what they need and are able to choose that over what they initially wanted. You’ll find these elements in a classic hero’s journey.

There’s plenty of room for drama and exciting incidents here. For example, maybe your character is too stubborn or wrapped up in denial to differentiate between their wants and needs. What can you do to lead them to that point of acceptance? Do they lose what they need and finally get a wake-up call? If so, how do they respond? Are they a coward who goes on to be brave? Or are they selfish but learn how to be compassionate? Playing with these stereotypes and adding your own unique take to them can do wonders for your characters and your story.

Sketch Out a Backstory

You have decided where you want your character’s arc to go. You know what they want and so do your readers. At this juncture, you can play around with why they are that way. Perhaps they were bullied, abused, or neglected in the past. Creating a backstory can also help your readers relate to your character and find some common ground. They can read it and think, “Oh, that’s me.”

This is also a great opportunity to reveal certain character traits about them and really flesh them out as people. You can outline how your character thinks, what drives them and whether they have a moral code. You can also give your characters a motto that defines how they live life. This can also help you identify how they’d respond to certain situations and how this would help or detract from their growth.

We have discussed creating obstacles for your characters to facilitate their growth. Some of these can be minor incidents that challenge a character’s perception but may not cause a fundamental shift in their worldview.

The good stuff comes when you’re able to find a tipping point that changes the course of the story forever and also helps develop a character. For example, when Macbeth kills Duncan, the subsequent guilt, fear, and paranoia he feels sends him into a spiral and leads to his demise.

Choosing an external circumstance is very useful here. It can get your audience emotionally invested in the character’s development. Books and movies with a theme of war are very popular in this regard. For example, if your character wants to be with their loved ones, then war can stop that from happening. It also changes people on a visceral level. They might go from being an innocent person with a great outlook on the world to being cold and cynical. Conversely, they could be a cynical person who is then filled with compassion.

Once your readers are hooked and desperate to find out what happens to the protagonist, you can proceed to write the climax. There are multiple things that can happen here. If you are looking to write a happy ending, you could use the climax to release your character from the hostage situation you have created and get them to embrace what they need. Conversely, your character could lose it all and be filled with regret. You could also opt for an open ending. Whatever you choose, it should align with the character development you have etched out so far.

Character development can be a prolonged process but getting it right is one of the key ingredients of a good story. Remember, your character doesn’t have to be likable. They just have to be someone your audience feels something for. This could be love, hate, or sadness. The goal is to make sure that your audience gets invested and that you are able to give your character an ending that aligns with the rest of their arc.