Over the past few years, internet users have experienced a growing phenomenon called MEMES. Even if you’ve been living under a rock and you’ve never heard of a “meme” (pronounced meem), you’ve probably seen one and just didn’t know that’s what the kids are calling them. It’s given rise to a brand new language — “Memespeak” or “LOLspeak” — the use of intentional misspelling to covey humorous improper pronunciation of the content.

For instance, the phrase “Oh my God” might instead be spelled “Ermahgerd” on a meme, because when sounded out, it sounds much funnier than saying it the normal way, almost like you’re saying it with food in your mouth. This type of meme speak (yes, there are different types) was inspired by Cartman’s voice on the TV show South Park. Arguably the first meme to use this type of meme speak was the “Ermahgerd” girl, who was recently interviewed by Vanity Fair about what it was like to be the face one of the most famous internet memes of our time. 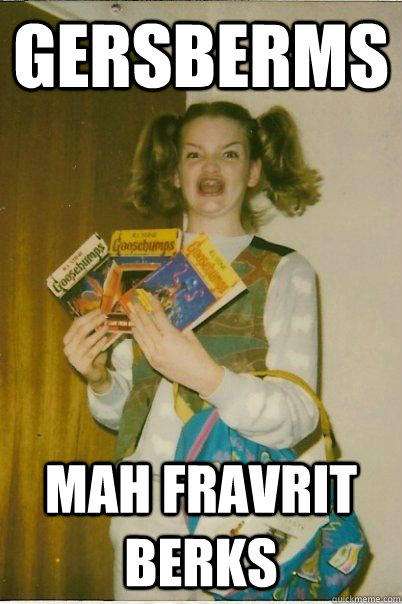 When saying “Yes” in memespeak, one can either say “Yis” or “Yas”. Added letters convey more excitement or satisfaction, illustrated beautifully by this meme of an owl being stroked by a human being:

“Yisss” = I strongly approve of this.

There are also sub-languages within meme speak, such as “LOLcat” and “doge”. 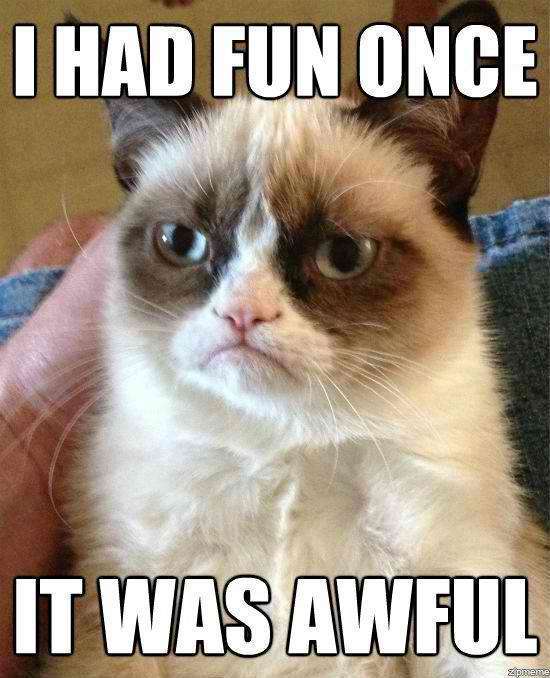 There are plenty of memes, including LOLcat memes, that don’t alter the English language. When English is used properly in these memes, it’s meant to denote that the speaker is of superior intelligence and intellect than average. Take for instance Grumpy Cat, who speaks in perfect English, but in the short, catch-phraseology of meme speak.

Doge is particularly interesting. Basically, seemingly random words are stuck on a photo, almost like thought bubbles, to convey speech or thoughts in the apparent incongruent, spastic way that dogs think (like the dog in Pixar’s “UP”). 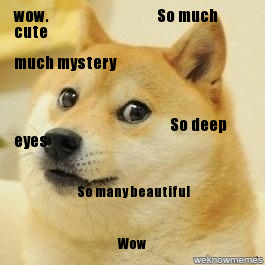 Where and when did all of this start, you ask? It all began with the infamous “I can has cheezburger?” meme. I Can Has Cheezburger? is the name of a weblog-format website featuring videos (usually involving animals) and image macros. It was created in 2007 by Eric Nakagawa (Cheezburger), a blogger from Hawaii, and his friend Kari Unebasami (Tofuburger). The website is one of the most popular internet sites of its kind. It received as many as 1,500,000 hits per day at its peak in May 2007. ICHC was instrumental in bringing animal-based image macros and lolspeak into mainstream usage and making internet memes profitable. 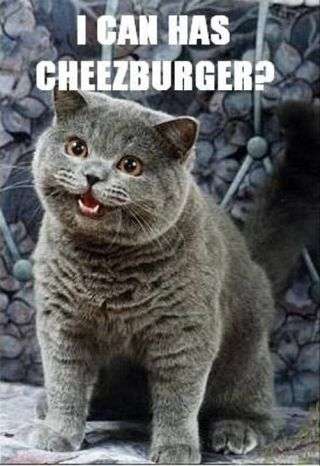 ICHC was created on January 11, 2007, when Nakagawa posted an image from Something Awful of a smiling British Shorthair, known as Happycat, with a caption of the cat asking, “I can has cheezburger?” in a style popularized by 4chan (a huge online message board). It is from this image that the site derives its name. After posting similar images, Nakagawa then converted the site to a monetized blog.

Reference articles (because this is serious stuff):
http://knowyourmeme.com/memes/internet-slang
http://io9.com/we-who-spoke-lolcat-now-speak-doge-1481243678
Share this:
in Writing Humor  by Edit911 19 Dec 2022 0 comments