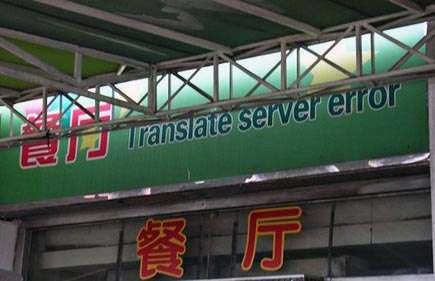 Online translators can come in handy when you need to translate something on the fly. Automatic or machine translation is a quick and cheap alternative to time-consuming manual translation with a bilingual dictionary or a professional translation service. Automatic translators work on a word-by-word basis, which can be useful when you need to get the gist. But they run into problems when there is more than one possible translation for a word, since they obviously cannot ‘understand’ any context that may be crucial to choosing the right one. In these cases, the online translator gives the most common translation (usually the literal meaning of the word), which may or may not make any sense. 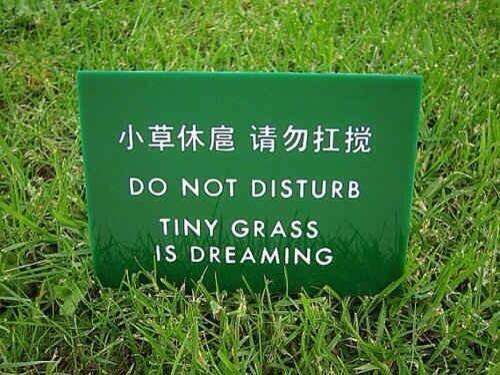 Another pitfall is grammatical accuracy. When translating between languages with different ways of structuring sentences, the word-by-word process may simply produce ungrammatical strings of words. These kinds of online translator fails can be found all over the Internet where people poke fun at just how wrong automatic translation can go.

One truly epic fail was the automatic translation from Italian to English of the biographies of all the ministers in the Italian government that appeared on the official website. At the time, the episode was reported by a major Italian newspaper, which also gleefully pointed out the ironic contrast with that government’s promise to boost the “three I’s” in education: Inglese, Internet e Impresa (English, Internet, Enterprise). Here are some of the best bloopers:

• The Italian “Nato a” at the beginning of each bio was mysteriously transformed into “Been born in”, rather than simply “Born in”. Unfortunately, all the ministers’ bios began in the same totally ungrammatical way.

• “Coniugato e con due figli” became “Conjugated and it has two daughters”. In addition to its grammatical meaning, “coniugato” also means “married” in Italian. The poor man was also reduced to an “it” rather than a “he”. Both of these fails were repeated in the ministers’ bios, men and women alike.

• One minister graduated from “Mouthfuls University”. The university in question is Università Bocconi, founded by Ferdinando Bocconi and one of the most prestigious academic institutions in Italy. The word “boccone” in Italian means “mouthful”. “Bocconi” is the plural form, so the automatic translator actually did get that right!

• The Minister of Education found herself with a new first name when “Letizia” was translated into “Joy”.

• A minister was regrettably described as having once been an “Ordinary University Professor”. In the Italian higher education system, the highest level of professorship is “Professore Ordinario”, corresponding to Full Professor.

• As a young man, a minister was a member of the political activist group called “Fronte della Gioventù”, which became the “Forehead of Youth”, rather than the Youth Front. “Fronte” also means “forehead” in Italian.

• The political party “Lega Nord” of one minister became the “Alloy North”, rather than the Northern League.

• A minister’s illustrious mentor’s first and last names were translated from “Augusto Del Noce” to “August Of The Nut” (note the carefully maintained capitalization). “Noce” does, in fact, mean “nut”, so a perfectly logical choice in the ‘mind’ of the automatic translator, even at the risk of offending Mr. Del Noce’s mother.

• The city and province of birth of one minister, Cassano Magnago (VA), where VA is the official abbreviation for the province of Varese, became Cassano Magnago (GOES). After all, “va” is the third person singular form of the irregular Italian verb “andare”, so why not translate that too into its English counterpart “goes”? (in all caps, of course!)

Once the blunder was discovered, the government quickly removed the embarrassing translations and got them done properly. The government also replied to the newspaper that the bios were trial runs with an automatic translator and not intended for publication, and that ‘someone’ had gotten into the system and made them public.

If English isn’t your first language, it’s a great idea to stay away from free online translation software. It still has a long way to go. Even if you use a professional translation service, it’s also a great idea to get a second pair of eyes on your translated copy to make sure your translator did a good job. We offer ESL (English as a second language) editing services here at Edit911, and guarantee your copy will read like a native English speaker when we’re done. Too bad the Italian government didn’t hire us 🙂